3D city models were produced by using the stereo digitization method with the help of oblique aerial images on an area of approximately 1000 km² covering the cities of Ankara and Kırıkkale.

UVM City GRID software was used in the 3D modeling and texturing works of the project.

Within the scope of the project, the architectural projects of approximately 75 thousand buildings were digitized, made 3D model and exported in CityGML format. 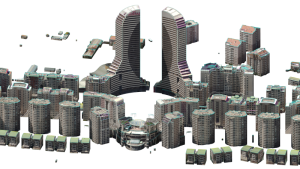 Birlik Harita successfully provides services to municipalities, state organizations and private associations in its fields of expertise. Birlik Harita owes its reliability to getting acquainted with the lands on which it exists and its references.